Your One-Stop Source
for Oils, Linens,
and Accessories.

Prunus amygdalus - Cold Pressed
An excellent emollient known for its ability to soften and re-condition the skin. It is rich in proteins and Vitamin D, and extremely nourishing - particularly when used regularly.

Contains Olein Glyceride Linoleic Acid. It can be expected to soothe dry skin and irritated areas. A golden yellow oil, it can stain sheets.
Absorbs into skin at average speed, slight oil feeling left on skin. Stores 6 Months to 1 year if refrigerated.

Botanical Name: Persea americana
Avocado Carrier Oil contains Vitamins A, B1, B2, D, E, and Beta carotene. It is classified as a monosaturated oil and is best suited for dry skin conditions in topical applications. Small amounts of Avocado Oil is typically added to other carrier oils in order to enrich protein and vitamin content. It will leave a sticky, waxy feel if applied topically to large areas of skin.
Back to Top

Prunus armeniaca - Cold Pressed
Good for all skin types, very rich and nourishing - particularly in vitamin A. It absorbs quickly into the skin. It is slightly yellow and has very little scent. Apricot oil has very little scent characteristic of most carrier oils
Stores 6 Months to 1 Year if kept cool, out of direct sunlight.

Camellia sinesis
A wild flower which grows in China and Japan. This natural plant oil contains anti-oxidants that help to revitalize and rejuvenate the hair and skin.

Camellia oil protects the skin from free radical damage, refines mature skin, and nourishes the complexion. It is easily absorbed by the skin, leaving it silky smooth without the greasy feeling, making it one of the best kept secrets in the cosmetic and hair care industry. For centuries its been used as a traditional hair conditioner and also as a treatment to strengthen brittle nails. It is also used as to oil hand tools. Camellia Seed Carrier Oil is readily absorbed into the skin leaving a smooth finish.

Ricinus communis - Cold Pressed
Castor oil is one of the few oils that can be used as an emulsifying agent. It also acts as a protective barrier on your skin that will protect against harsh environmental conditions.By design, Castor oil will remain on the surface of the skin, acting as a barrier.
Shelf life: Castor oil is slow to go rancid; users can expect a shelf life of 6 Months to 1 Year with proper storage conditions (cool, out of direct sunlight). Refrigeration after opening is recommended.

Prunus Avium Cold pressed
Cherry kernel oil contains natural antioxidants, alpha, delta and gamma tocopherols plus vitamins A & E. It also contains a polyunsaturated fatty acid called Eleostearic, a conjugated linolenic acid that prevents UV absorption by forming a barrier on the surface of the skin or hair.
It is stable, emollient, can be used as a light, moisturizing oil for lip balms, body butters, salt and sugar scrubs, bath or massage oils as well as soaps and shampoos
Cherry has very little scent, a light yellow colour, and average absorbtion. It is slow to go rancid - six months to one year.

Cocos nucifera - Cold Pressed
Coconut oil is solid at room temperature. It is used to create a barrier on the skin. It has a very slight coconut scent, but is generally considered odourless.

Solid at room temperatures, body heat is required to melt it. Coconut creates an oily, protective barrier on the skin.
Coconut oil is slow to go rancid; users can expect a minimum shelf life of 6 Months, but much longer with proper storage conditions (cool, out of direct sunlight)
Fractionated coconut oil, also called “liquid coconut oil,” is a form of the oil that has had the long-chain fatty acids removed via hydrolysis and steam distillation. Just this one change makes the oil liquid at room temperature, and extends the product's shelf life. Direct application to the face with Coconut should be avoided because of possible allergic reactions.

Cannabis sativa - Cold Pressed
Hempseed Oil is high in omega fatty acids and proteins.
A golden oil, it has very little scent and is readily absorbed.
Shelf life of 6 Months to 1 Year with proper storage conditions.

Simmondsia chinensis
Jojoba Golden is a favorite carrier oil. In actuality, it is a liquid wax. It closely resembles the sebum of the skin, and is rich in vitamin E.

This promotes a glowing complexion. The Golden variety of Jojoba may alter color and odors in cosmetics. It is also important to note that Jojoba may go cloudy in cool temperatures. It will return to its clear state with warming.
Jojoba Golden Carrier Oil can be added to other carrier oils in order to extend shelf lives, and has become a common oil in the aromatherapy industries because of it's excellent skin care properties. The golden variety of Jojoba is less desired in cosmetic manufacturing; nonetheless, in applications that aren't sensitive to discoloration or odor, Golden Jojoba is still commonly used. Massage therapists may use small amounts in their carrier oil blends, but as it will clog pores, its application is limited. Jojoba Golden creates a barrier but will leave a satiny finish.

Cucurbita maxima Cold Pressed
Pumpkin Seed oil is much more popular in Europe where it is valued for its skin healing properties (specifically sores, inflammations). Aromatherapists are also beginning to value this oil for its high protein, zinc, and polyunsaturated fats.
Color: Dark Green

Pumpkin Seed has an appealing, roasted nut scent and is a popular specialty oil in both massage and aromatherapy.
Consistency is typical, and Pumpkin Seed absorbs well.
Shelf life of 6 Months to 1 Year.

Oryza sativa Cold Pressed
Extracted from the bran or outer coat of brown rice this oil is rich in vitamins, minerals, proteins and essential oils, and is believed to have UV blocking properties.

Orange to Golden Brown, ricebran has very little scent. It is high in fatty acids and unsaponifiables and is one of the best sources of tocotrienols, an antioxidant that may be much more powerful and effective than Vitamin E. A mild oil perfect for dry/flaky, sensitive, mature and/or delicate skin (e.g. baby), where additional moisturization is required and is effective for keeping skin smooth.
Rice bran oil contains gamma-oryzanol, which slows melanin pigmentation by restoring the erythema activity of the tyrosinase enzyme as it intercepts the UV rays at the skin surface, hindering UV ray transmission. It is used in sunscreens, and hair products, adding sheen while moisturizing.
Ricebran is easily absorbed and does not leave a sticky film.
Shelf life of 12 Months or more with proper storage conditions.

Carthamus tinctorius
Safflower Carrier Oil is the first choice amongst manufacturers for cosmetics requiring a moisturizing oil. It is also very popular in massage blends as it is easily absorbed, and can be washed from sheets without heavy staining.
Safflower Carrier Oil is heavily used in manufacturing, massage therapy, and to a lesser degree, as a carrier oil in aromatherapy. 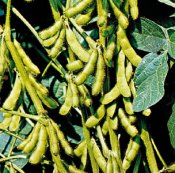 Soja hispida Cold pressed
Soya Bean is extremely high in Lecithin, Sterolins, and Vitamin E, and has very little scent characteristic of most carrier oils. It is very light, slightly thinner than most oils, well-absorbed, and an excellent alternative to Almond Sweet.
Shelf life of 6 Months to 1 Year with proper storage conditions.

Vitis vinifera Cold pressed
Grapeseed Oil is used as a base oil for many creams and lotions. It is the preferred carrier oils for many massage therapists because of its light, satin like finish. It also has some astringent qualities and is good for oily, acne prone skin. It is odourless, easily-absorbed and one of the lightest carrier oils available. It has a shelf life of three to six months.

Juglans regia
Walnut Carrier Oil is an excellent emollient with moisturizing properties for dry, aged, irritated skin. In aromatherapy circles, Walnut Oil is also credited with being a balancing agent for the nervous system. Walnut Carrier Oil is suitable for aromatherapy and massage therapy. In both, the Walnut Oil is typically diluted in another carrier oil. It is also a popular oil in cosmetic manufacturing. Absorbs into skin at average speed, slight oil feeling left on skin.

Shea Butter is known for its moisturizing and emollient properties. Rich in vitamins and fatty acids, it penetrates deeply into the epidermis and leaves a smooth, satiny finish. Shea Butter can be used to make massage butters, body butters, lip balms, and as a moisturizing agent in soaps and shaving creams.